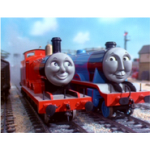 I am also one of the admins on this wikia, so if you have any questions or requests, feel free to ask me, MainLineEngines, Mays, or Poodabran anytime and we'll be happy to help.

Retrieved from "https://thomasmadeupcharactersandepisodes.fandom.com/wiki/User:Semaj5nodrog4?oldid=32734"
Community content is available under CC-BY-SA unless otherwise noted.