Thomas Made up Characters and Episodes Wiki
Register
Don't have an account?
Sign In
Advertisement
in: Characters, Skarloey Railway, Sodor Adventures,
and 3 more

When Mighty Mac first arrived, they were unexpirienced as they had only worked at shunting yards. They began to disagree on which way to go, and ended up trapping themselfs at a dead end. However, they managed to break through the rocks, and get their passengers to their destination.

Mighty Mac is painted royal blue with yellow and red lining. On Mighty's side, his cab windows and tank caps are lined with yellow, while on Mac's side, they're lined with red. 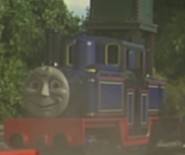 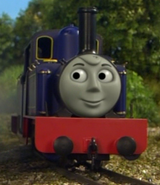